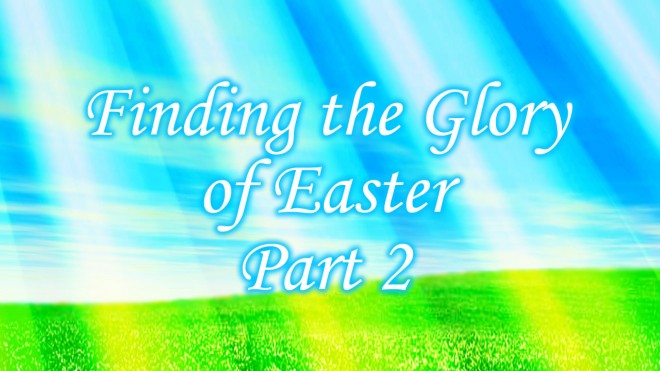 The Glory of Jesus’ Humility

The next day the great crowd that had come for the festival heard that Jesus was on his way to Jerusalem. They took palm branches and went out to meet him, shouting, “Hosanna! ” “Blessed is he who comes in the name of the Lord!”“Blessed is the king of Israel!” Jesus found a young donkey and sat on it, as it is written: “Do not be afraid, Daughter Zion; see, your king is coming, seated on a donkey’s colt.” At first his disciples did not understand all this. Only after Jesus was glorified did they realize that these things had been written about him and that these things had been done to him. John 12:12-16

Do nothing out of selfish ambition or vain conceit. Rather, in humility value others above yourselves, not looking to your own interests but each of you to the interests of the others. In your relationships with one another, have the same mindset as Christ Jesus: Who, being in very nature God, did not consider equality with God something to be used to his own advantage; rather, he made himself nothing by taking the very nature of a servant, being made in human likeness. And being found in appearance as a man, he humbled himself by becoming obedient to death— even death on a cross! Therefore God exalted him to the highest place and gave him the name that is above every name, that at the name of Jesus every knee should bow, in heaven and on earth and under the earth, and every tongue acknowledge that Jesus Christ is Lord, to the glory of God the Father. Philippians 2:3-11

2. The Glory of Jesus’ Sacrifice

Jesus replied, “The hour has come for the Son of Man to be glorified. Very truly I tell you, unless a kernel of wheat falls to the ground and dies, it remains only a single seed. But if it dies, it produces many seeds. Anyone who loves their life will lose it, while anyone who hates their life in this world will keep it for eternal life. Whoever serves me must follow me; and where I am, my servant also will be. My Father will honor the one who serves me. “Now my soul is troubled, and what shall I say? ‘Father, save me from this hour’? No, it was for this very reason I came to this hour. Father, glorify your name!”Then a voice came from heaven, “I have glorified it, and will glorify it again.” The crowd that was there and heard it said it had thundered; others said an angel had spoken to him. Jesus said, “This voice was for your benefit, not mine. Now is the time for judgment on this world; now the prince of this world will be driven out. And I, when I am lifted up from the earth, will draw all people to myself.” He said this to show the kind of death he was going to die. John 12:23-33

But someone will ask, “How are the dead raised? With what kind of body will they come?” How foolish! What you sow does not come to life unless it dies. When you sow, you do not plant the body that will be, but just a seed, perhaps of wheat or of something else. 1 Corinthians 15:35-37

3. The Glory of Jesus’ Patience

Even after Jesus had performed so many signs in their presence, they still would not believe in him. This was to fulfill the word of Isaiah the prophet: “Lord, who has believed our message and to whom has the arm of the Lord been revealed?” For this reason they could not believe, because, as Isaiah says elsewhere: “He has blinded their eyes and hardened their hearts, so they can neither see with their eyes, nor understand with their hearts, nor turn—and I would heal them.” Isaiah said this because he saw Jesus’ glory and spoke about him. Yet at the same time many even among the leaders believed in him. But because of the Pharisees they would not openly acknowledge their faith for fear they would be put out of the synagogue; for they loved human praise more than praise from God. John 12:37-43

But do not forget this one thing, dear friends: With the Lord a day is like a thousand years, and a thousand years are like a day. The Lord is not slow in keeping his promise, as some understand slowness. Instead he is patient with you, not wanting anyone to perish, but everyone to come to repentance. 2 Peter 3:8-9

4. The Glory of Jesus’ Purpose

Then Jesus cried out, “Whoever believes in me does not believe in me only, but in the one who sent me. The one who looks at me is seeing the one who sent me. I have come into the world as a light, so that no one who believes in me should stay in darkness. “If anyone hears my words but does not keep them, I do not judge that person. For I did not come to judge the world, but to save the world. There is a judge for the one who rejects me and does not accept my words; the very words I have spoken will condemn them at the last day. For I did not speak on my own, but the Father who sent me commanded me to say all that I have spoken. I know that his command leads to eternal life. So whatever I say is just what the Father has told me to say.” John 12:44-50