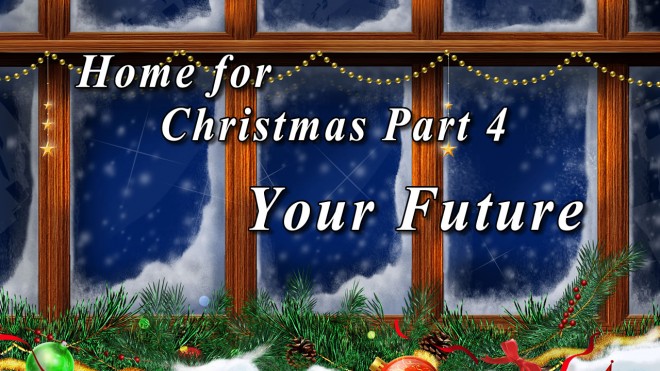 1. The cause for Christmas

But the angel said to them, “Do not be afraid. I bring you good news of great joy that will be for all the people. Today in the town of David a Savior has been born to you; he is Christ the Lord. Luke 2:10-11

This is how the birth of Jesus Christ came about: His mother Mary was pledged to be married to Joseph, but before they came together, she was found to be with child through the Holy Spirit. Because Joseph her husband was a righteous man and did not want to expose her to public disgrace, he had in mind to divorce her quietly. But after he had considered this, an angel of the Lord appeared to him in a dream and said, “Joseph son of David, do not be afraid to take Mary home as your wife, because what is conceived in her is from the Holy Spirit. She will give birth to a son, and you are to give him the name Jesus, because he will save his people from their sins.” All this took place to fulfill what the Lord had said through the prophet: “The virgin will be with child and will give birth to a son, and they will call him Immanuel”–which means, “God with us.” When Joseph woke up, he did what the angel of the Lord had commanded him and took Mary home as his wife. Matthew 1:18-24

For God so loved the world that he gave his one and only Son, that whoever believes in him shall not perish but have eternal life. John 3:16

2. The change Christmas can make

Jesus declared, “Believe me, woman, a time is coming when you will worship the Father neither on this mountain nor in Jerusalem. You Samaritans worship what you do not know; we worship what we do know, for salvation is from the Jews. Yet a time is coming and has now come when the true worshipers will worship the Father in spirit and truth, for they are the kind of worshipers the Father seeks. God is spirit, and his worshipers must worship in spirit and in truth.” The woman said, “I know that Messiah” (called Christ) “is coming. When he comes, he will explain everything to us.” Then Jesus declared, “I who speak to you am he.” John 4:21-26

Then, leaving her water jar, the woman went back to the town and said to the people, “Come, see a man who told me everything I ever did. Could this be the Christ ?” They came out of the town and made their way toward him. John 4:28-30

Many of the Samaritans from that town believed in him because of the woman’s testimony, “He told me everything I ever did.” So when the Samaritans came to him, they urged him to stay with them, and he stayed two days. And because of his words many more became believers. They said to the woman, “We no longer believe just because of what you said; now we have heard for ourselves, and we know that this man really is the Savior of the world. John 4:39-42

They sailed to the region of the Gerasenes, which is across the lake from Galilee. When Jesus stepped ashore, he was met by a demon-possessed man from the town. For a long time this man had not worn clothes or lived in a house, but had lived in the tombs. When he saw Jesus, he cried out and fell at his feet, shouting at the top of his voice, “What do you want with me, Jesus, Son of the Most High God? I beg you, don’t torture me!” Luke 8:26-28

When those tending the pigs saw what had happened, they ran off and reported this in the town and countryside, and the people went out to see what had happened. When they came to Jesus, they found the man from whom the demons had gone out, sitting at Jesus’ feet, dressed and in his right mind; and they were afraid. Those who had seen it told the people how the demon-possessed man had been cured. Then all the people of the region of the Gerasenes asked Jesus to leave them, because they were overcome with fear. So he got into the boat and left. The man from whom the demons had gone out begged to go with him, but Jesus sent him away, saying, “Return home and tell how much God has done for you.” So the man went away and told all over town how much Jesus had done for him. Luke 8:34-39

But you will receive power when the Holy Spirit comes on you; and you will be my witnesses in Jerusalem, and in all Judea and Samaria, and to the ends of the earth. Acts 1:8

When they saw the courage of Peter and John and realized that they were unschooled, ordinary men, they were astonished and they took note that these men had been with Jesus. Acts 4:13

I am obligated both to Greeks and non-Greeks, both to the wise and the foolish. That is why I am so eager to preach the gospel also to you who are at Rome. I am not ashamed of the gospel, because it is the power of God for the salvation of everyone who believes: first for the Jew, then for the Gentile. For in the gospel a righteousness from God is revealed, a righteousness that is by faith from first to last, just as it is written: “The righteous will live by faith.” Romans 1:14-17