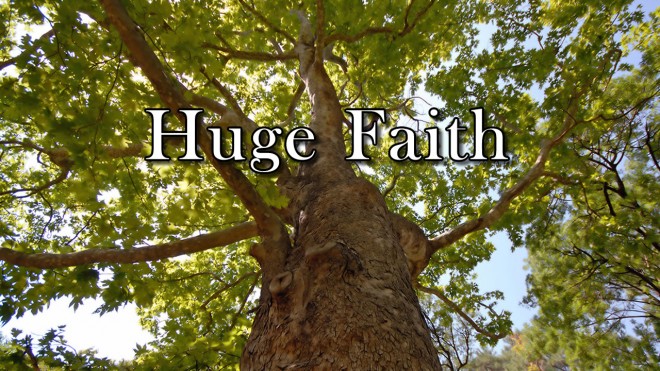 A. Attention of God

When they arrived, Samuel saw Eliab and thought, “Surely the LORD’s anointed stands here before the LORD.” But the LORD said to Samuel, “Do not consider his appearance or his height, for I have rejected him. The LORD does not look at the things people look at. People look at the outward appearance, but the LORD looks at the heart.” 1 Samuel 16:6-7

B. Attention of others, positive and negative

They repeated to him what they had been saying and told him, “This is what will be done for the man who kills him.” When Eliab, David’s oldest brother, heard him speaking with the men, he burned with anger at him and asked, “Why have you come down here? And with whom did you leave those few sheep in the wilderness? I know how conceited you are and how wicked your heart is; you came down only to watch the battle.” “Now what have I done?” said David. “Can’t I even speak?” 1 Samuel 17:27-29

As Saul watched David going out to meet the Philistine, he said to Abner, commander of the army, “Abner, whose son is that young man?” Abner replied, “As surely as you live, Your Majesty, I don’t know.” The king said, “Find out whose son this young man is.” As soon as David returned from killing the Philistine, Abner took him and brought him before Saul, with David still holding the Philistine’s head. “Whose son are you, young man?” Saul asked him. David said, “I am the son of your servant Jesse of Bethlehem.” 1 Samuel 17:55-58

David said to Saul, “Let no one lose heart on account of this Philistine; your servant will go and fight him.” Saul replied, “You are not able to go out against this Philistine and fight him; you are only a young man, and he has been a warrior from his youth.” But David said to Saul, “Your servant has been keeping his father’s sheep. When a lion or a bear came and carried off a sheep from the flock, I went after it, struck it and rescued the sheep from its mouth. When it turned on me, I seized it by its hair, struck it and killed it. Your servant has killed both the lion and the bear; this uncircumcised Philistine will be like one of them, because he has defied the armies of the living God. The LORD who rescued me from the paw of the lion and the paw of the bear will rescue me from the hand of this Philistine.” Saul said to David, “Go, and the LORD be with you.” 1 Samuel 17:32-37

David said to the Philistine, “You come against me with sword and spear and javelin, but I come against you in the name of the LORD Almighty, the God of the armies of Israel, whom you have defied. This day the LORD will deliver you into my hands, and I’ll strike you down and cut off your head. This very day I will give the carcasses of the Philistine army to the birds and the wild animals, and the whole world will know that there is a God in Israel. All those gathered here will know that it is not by sword or spear that the LORD saves; for the battle is the LORD’s, and he will give all of you into our hands.” 1 Samuel 17:45-47

As the Philistine moved closer to attack him, David ran quickly toward the battle line to meet him. Reaching into his bag and taking out a stone, he slung it and struck the Philistine on the forehead. The stone sank into his forehead, and he fell facedown on the ground. 1 Samuel 17:48-49

3. Huge faith encourages others to have faith in God.

David ran and stood over him. He took hold of the Philistine’s sword and drew it from the sheath. After he killed him, he cut off his head with the sword. When the Philistines saw that their hero was dead, they turned and ran. Then the men of Israel and Judah surged forward with a shout and pursued the Philistines to the entrance of Gath and to the gates of Ekron. Their dead were strewn along the Shaaraim road to Gath and Ekron. When the Israelites returned from chasing the Philistines, they plundered their camp. 1 Samuel 17:51-53