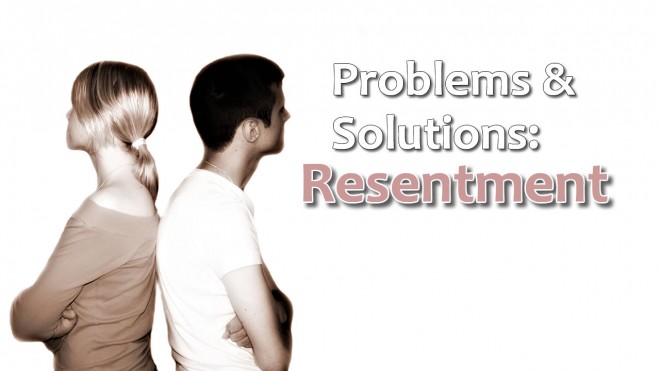 But Abel brought fat portions from some of the firstborn of his flock. The LORD looked with favor on Abel and his offering, but on Cain and his offering he did not look with favor. So Cain was very angry, and his face was downcast. Genesis 4:4-5

Esau held a grudge against Jacob because of the blessing his father had given him. He said to himself, “The days of mourning for my father are near; then I will kill my brother Jacob.” Genesis 27:41

When his brothers saw that their father loved him more than any of them, they hated him and could not speak a kind word to him. Genesis 37:4

When the ten heard about this, they were indignant with the two brothers. Matthew 20:24

In those days when the number of disciples was increasing, the Grecian Jews among them complained against the Hebraic Jews because their widows were being overlooked in the daily distribution of food. Acts 6:1

Esau held a grudge against Jacob because of the blessing his father had given him. He said to himself, “The days of mourning for my father are near; then I will kill my brother Jacob.” Genesis 27:41

“Now you yourself know what Joab son of Zeruiah did to me–what he did to the two commanders of Israel’s armies, Abner son of Ner and Amasa son of Jether. He killed them, shedding their blood in peacetime as if in battle, and with that blood stained the belt around his waist and the sandals on his feet. Deal with him according to your wisdom, but do not let his gray head go down to the grave in peace. 1 Kings 2: 5-6

An offended brother is more unyielding than a fortified city, and disputes are like the barred gates of a citadel. Proverbs 18:19

4. Rejecting and responding to resentment

Make sure that nobody pays back wrong for wrong, but always try to be kind to each other and to everyone else. 1 Thessalonians 5:15

Bless those who persecute you; bless and do not curse. Rejoice with those who rejoice; mourn with those who mourn. Live in harmony with one another. Do not be proud, but be willing to associate with people of low position. Do not be conceited. Do not repay anyone evil for evil. Be careful to do what is right in the eyes of everybody. If it is possible, as far as it depends on you, live at peace with everyone. Do not take revenge, my friends, but leave room for God’s wrath, for it is written: “It is mine to avenge; I will repay,” says the Lord. On the contrary: “If your enemy is hungry, feed him; if he is thirsty, give him something to drink. In doing this, you will heap burning coals on his head.” Do not be overcome by evil, but overcome evil with good. Romans 12:14-21

But God sent me ahead of you to preserve for you a remnant on earth and to save your lives by a great deliverance. “So then, it was not you who sent me here, but God. He made me father to Pharaoh, lord of his entire household and ruler of all Egypt. Genesis 45:7-8

When they hurled their insults at him, he did not retaliate; when he suffered, he made no threats. Instead, he entrusted himself to him who judges justly. 1 Peter 2:23