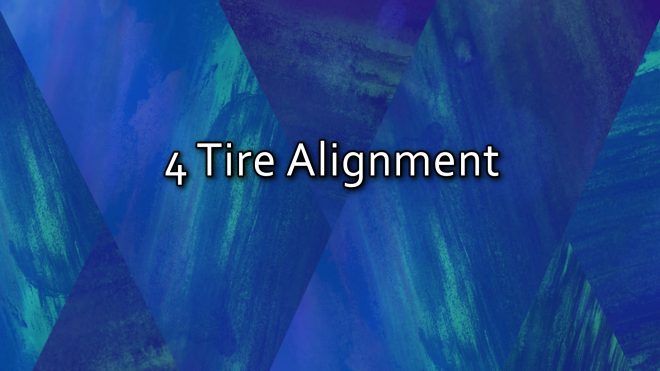 1Then came the children of Israel, even the whole congregation, into the desert of Zin in the first month: and the people abode in Kadesh; and Miriam died there, and was buried there.
Numbers 20:1 (KJV)
2And there was no water for the congregation: and they gathered themselves together against Moses and against Aaron.
Numbers 20:2 (KJV)
3And the people chode with Moses, and spake, saying, Would God that we had died when our brethren died before the Lord!
Numbers 20:3 (KJV)
4And why have ye brought up the congregation of the Lord into this wilderness, that we and our cattle should die there?
Numbers 20:4 (KJV)
5And wherefore have ye made us to come up out of Egypt, to bring us in unto this evil place? it is no place of seed, or of figs, or of vines, or of pomegranates; neither is there any water to drink.
Numbers 20:5 (KJV)
6And Moses and Aaron went from the presence of the assembly unto the door of the tabernacle of the congregation, and they fell upon their faces: and the glory of the Lord appeared unto them.
Numbers 20:6 (KJV)
7And the Lord spake unto Moses, saying,
Numbers 20:7 (KJV)
8Take the rod, and gather thou the assembly together, thou, and Aaron thy brother, and speak ye unto the rock before their eyes; and it shall give forth his water, and thou shalt bring forth to them water out of the rock: so thou shalt give the congregation and their beasts drink.
Numbers 20:8 (KJV)
9And Moses took the rod from before the Lord, as he commanded him.
Numbers 20:9 (KJV)
10And Moses and Aaron gathered the congregation together before the rock, and he said unto them, Hear now, ye rebels; must we fetch you water out of this rock?
Numbers 20:10 (KJV)
11And Moses lifted up his hand, and with his rod he smote the rock twice: and the water came out abundantly, and the congregation drank, and their beasts also.
Numbers 20:11 (KJV)
12And the Lord spake unto Moses and Aaron, Because ye believed me not, to sanctify me in the eyes of the children of Israel, therefore ye shall not bring this congregation into the land which I have given them.
Numbers 20:12 (KJV)

1And it came to pass, when Samuel was old, that he made his sons judges over Israel.
1 Samuel 8:1 (KJV)
2Now the name of his firstborn was Joel; and the name of his second, Abiah: they were judges in Beer–sheba.
1 Samuel 8:2 (KJV)
3And his sons walked not in his ways, but turned aside after lucre, and took bribes, and perverted judgment.
1 Samuel 8:3 (KJV)
4Then all the elders of Israel gathered themselves together, and came to Samuel unto Ramah,
1 Samuel 8:4 (KJV)
5And said unto him, Behold, thou art old, and thy sons walk not in thy ways: now make us a king to judge us like all the nations.
1 Samuel 8:5 (KJV)
6But the thing displeased Samuel, when they said, Give us a king to judge us. And Samuel prayed unto the Lord.
1 Samuel 8:6 (KJV)
7And the Lord said unto Samuel, Hearken unto the voice of the people in all that they say unto thee: for they have not rejected thee, but they have rejected me, that I should not reign over them.
1 Samuel 8:7 (KJV)
8According to all the works which they have done since the day that I brought them up out of Egypt even unto this day, wherewith they have forsaken me, and served other gods, so do they also unto thee.
1 Samuel 8:8 (KJV)
9Now therefore hearken unto their voice: howbeit yet protest solemnly unto them, and shew them the manner of the king that shall reign over them.
1 Samuel 8:9 (KJV)
10And Samuel told all the words of the Lord unto the people that asked of him a king.
1 Samuel 8:10 (KJV)
11And he said, This will be the manner of the king that shall reign over you: He will take your sons, and appoint them for himself, for his chariots, and to be his horsemen; and some shall run before his chariots.
1 Samuel 8:11 (KJV)
12And he will appoint him captains over thousands, and captains over fifties; and will set them to ear his ground, and to reap his harvest, and to make his instruments of war, and instruments of his chariots.
1 Samuel 8:12 (KJV)
13And he will take your daughters to be confectionaries, and to be cooks, and to be bakers.
1 Samuel 8:13 (KJV)
14And he will take your fields, and your vineyards, and your oliveyards, even the best of them, and give them to his servants.
1 Samuel 8:14 (KJV)
15And he will take the tenth of your seed, and of your vineyards, and give to his officers, and to his servants.
1 Samuel 8:15 (KJV)
16And he will take your menservants, and your maidservants, and your goodliest young men, and your asses, and put them to his work.
1 Samuel 8:16 (KJV)
17He will take the tenth of your sheep: and ye shall be his servants.
1 Samuel 8:17 (KJV)
18And ye shall cry out in that day because of your king which ye shall have chosen you; and the Lord will not hear you in that day.
1 Samuel 8:18 (KJV)
19Nevertheless the people refused to obey the voice of Samuel; and they said, Nay; but we will have a king over us;
1 Samuel 8:19 (KJV)
20That we also may be like all the nations; and that our king may judge us, and go out before us, and fight our battles.
1 Samuel 8:20 (KJV)

10And God saw their works, that they turned from their evil way; and God repented of the evil, that he had said that he would do unto them; and he did it not.
Jonah 3:10 (KJV)
1But it displeased Jonah exceedingly, and he was very angry.
Jonah 4:1 (KJV)
2And he prayed unto the Lord, and said, I pray thee, O Lord, was not this my saying, when I was yet in my country? Therefore I fled before unto Tarshish: for I knew that thou art a gracious God, and merciful, slow to anger, and of great kindness, and repentest thee of the evil.
Jonah 4:2 (KJV)
3Therefore now, O Lord, take, I beseech thee, my life from me; for it is better for me to die than to live.
Jonah 4:3 (KJV)
4Then said the Lord, Doest thou well to be angry?
Jonah 4:4 (KJV)
5So Jonah went out of the city, and sat on the east side of the city, and there made him a booth, and sat under it in the shadow, till he might see what would become of the city.
Jonah 4:5 (KJV)
6And the Lord God prepared a gourd, and made it to come up over Jonah, that it might be a shadow over his head, to deliver him from his grief. So Jonah was exceeding glad of the gourd.
Jonah 4:6 (KJV)
7But God prepared a worm when the morning rose the next day, and it smote the gourd that it withered.
Jonah 4:7 (KJV)
8And it came to pass, when the sun did arise, that God prepared a vehement east wind; and the sun beat upon the head of Jonah, that he fainted, and wished in himself to die, and said, It is better for me to die than to live.
Jonah 4:8 (KJV)
9And God said to Jonah, Doest thou well to be angry for the gourd? And he said, I do well to be angry, even unto death.
Jonah 4:9 (KJV)
10Then said the Lord, Thou hast had pity on the gourd, for the which thou hast not laboured, neither madest it grow; which came up in a night, and perished in a night:
Jonah 4:10 (KJV)
11And should not I spare Nineveh, that great city, wherein are more than sixscore thousand persons that cannot discern between their right hand and their left hand; and also much cattle?
Jonah 4:11 (KJV)

22And straightway Jesus constrained his disciples to get into a ship, and to go before him unto the other side, while he sent the multitudes away.
Matthew 14:22 (KJV)
23And when he had sent the multitudes away, he went up into a mountain apart to pray: and when the evening was come, he was there alone.
Matthew 14:23 (KJV)
24But the ship was now in the midst of the sea, tossed with waves: for the wind was contrary.
Matthew 14:24 (KJV)
25And in the fourth watch of the night Jesus went unto them, walking on the sea.
Matthew 14:25 (KJV)
26And when the disciples saw him walking on the sea, they were troubled, saying, It is a spirit; and they cried out for fear.
Matthew 14:26 (KJV)
27But straightway Jesus spake unto them, saying, Be of good cheer; it is I; be not afraid.
Matthew 14:27 (KJV)
28And Peter answered him and said, Lord, if it be thou, bid me come unto thee on the water.
Matthew 14:28 (KJV)
29And he said, Come. And when Peter was come down out of the ship, he walked on the water, to go to Jesus.
Matthew 14:29 (KJV)
30But when he saw the wind boisterous, he was afraid; and beginning to sink, he cried, saying, Lord, save me.
Matthew 14:30 (KJV)
31And immediately Jesus stretched forth his hand, and caught him, and said unto him, O thou of little faith, wherefore didst thou doubt?
Matthew 14:31 (KJV)
32And when they were come into the ship, the wind ceased.
Matthew 14:32 (KJV)
33Then they that were in the ship came and worshipped him, saying, Of a truth thou art the Son of God.
Matthew 14:33 (KJV)
1The Lord is my shepherd; I shall not want.
Psalms 23:1 (KJV)
2He maketh me to lie down in green pastures: he leadeth me beside the still waters.
Psalms 23:2 (KJV)
3He restoreth my soul: he leadeth me in the paths of righteousness for his name’s sake.
Psalms 23:3 (KJV)
4Yea, though I walk through the valley of the shadow of death, I will fear no evil: for thou art with me; thy rod and thy staff they comfort me.
Psalms 23:4 (KJV)
5Thou preparest a table before me in the presence of mine enemies: thou anointest my head with oil; my cup runneth over.
Psalms 23:5 (KJV)
6Surely goodness and mercy shall follow me all the days of my life: and I will dwell in the house of the Lord for ever.
Psalms 23:6 (KJV)