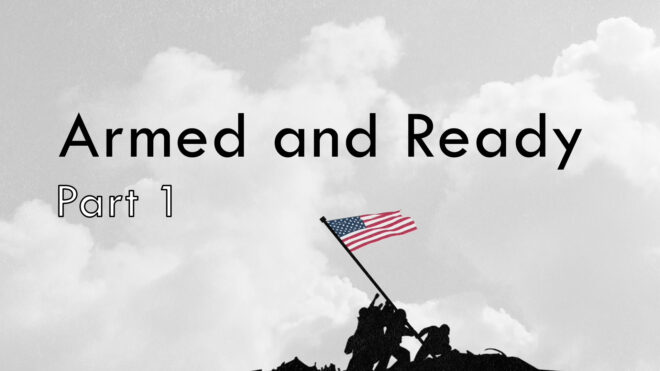 I. Church of Ephesus

Revelation 2:1-7
1 “To the angel of the church of Ephesus write,‘These things says He who holds the seven stars in His right hand, who walks in the midst of the seven golden lampstands: 2 “I know your works, your labor, your patience, and that you cannot bear those who are evil. And you have tested those who say they are apostles and are not, and have found them liars; 3 and you have persevered and have patience, and have labored for My name’s sake and have not become weary. 4 Nevertheless I have this against you, that you have left your first love. 5 Remember therefore from where you have fallen; repent and do the first works, or else I will come to you quickly and remove your lampstand from its place—unless you repent. 6 But this you have, that you hate the deeds of the Nicolaitans, which I also hate. 7 “He who has an ear, let him hear what the Spirit says to the churches. To him who overcomes I will give to eat from the tree of life, which is in the midst of the Paradise of God.” ’

II. Knowing the enemy at the gate

Ephesians 6:10-12
10 Finally, my brethren, be strong in the Lord and in the power of His might. 11 Put on the whole armor of God, that you may be able to stand against the wiles of the devil. 12 For we do not wrestle against flesh and blood, but against principalities, against powers, against the rulers of the darkness of this age, against spiritual hosts of wickedness in the heavenly places.

Matthew 16:18-20
18 And I also say to you that you are Peter, and on this rock I will build My church, and the gates of Hades shall not prevail against it. 19 And I will give you the keys of the kingdom of heaven, and whatever you bind on earth will be bound in heaven, and whatever you loose on earth will be loosed in heaven.” 20 Then He commanded His disciples that they should tell no one that He was Jesus the Christ.

John 12:23-33
23 But Jesus answered them, saying, “The hour has come that the Son of Man should be glorified. 24 Most assuredly, I say to you, unless a grain of wheat falls into the ground and dies, it remains alone; but if it dies, it produces much grain. 25 He who loves his life will lose it, and he who hates his life in this world will keep it for eternal life. 26 If anyone serves Me, let him follow Me; and where I am, there My servant will be also. If anyone serves Me, him My Father will honor. 27 “Now My soul is troubled, and what shall I say? ‘Father, save Me from this hour’? But for this purpose I came to this hour. 28 Father, glorify Your name.” Then a voice came from heaven, saying, “I have both glorified it and will glorify it again.” 29 Therefore the people who stood by and heard it said that it had thundered. Others said, “An angel has spoken to Him.” 30 Jesus answered and said, “This voice did not come because of Me, but for your sake. 31 Now is the judgment of this world; now the ruler of this world will be cast out. 32 And I, if I am lifted up from the earth, will draw all peoples to Myself.” 33 This He said, signifying by what death He would die.

III. Having done all to stand

Ephesians 6:13
13 Therefore take up the whole armor of God, that you may be able to withstand in the evil day, and having done all, to stand.

IV. Gird your waist with truth

Ephesians 6:14a
14 Stand therefore, having girded your waist with truth, having put on the breastplate of righteousness,

II Peter 2:18-22
18 For when they speak great swelling words of emptiness, they allure through the lusts of the flesh, through lewdness, the ones who have actually escaped from those who live in error. 19 While they promise them liberty, they themselves are slaves of corruption; for by whom a person is overcome, by him also he is brought into bondage. 20 For if, after they have escaped the pollutions of the world through the knowledge of the Lord and Savior Jesus Christ, they are again entangled in them and overcome, the latter end is worse for them than the beginning. 21 For it would have been better for them not to have known the way of righteousness, than having known it, to turn from the holy commandment delivered to them. 22 But it has happened to them according to the true proverb: “A dog returns to his own vomit,” and, “a sow, having washed, to her wallowing in the mire.”

Acts 17:1-15
Now when they had passed through Amphipolis and Apollonia, they came to Thessalonica, where there was a synagogue of the Jews. 2 Then Paul, as his custom was, went in to them, and for three Sabbaths reasoned with them from the Scriptures, 3 explaining and demonstrating that the Christ had to suffer and rise again from the dead, and saying, “This Jesus whom I preach to you is the Christ.” 4 And some of them were persuaded; and a great multitude of the devout Greeks, and not a few of the leading women, joined Paul and Silas. 5 But the Jews who were not persuaded, becoming envious, took some of the evil men from the marketplace, and gathering a mob, set all the city in an uproar and attacked the house of Jason, and sought to bring them out to the people. 6 But when they did not find them, they dragged Jason and some brethren to the rulers of the city, crying out, “These who have turned the world upside down have come here too. 7 Jason has harbored them, and these are all acting contrary to the decrees of Caesar, saying there is another king—Jesus.” 8 And they troubled the crowd and the rulers of the city when they heard these things. 9 So when they had taken security from Jason and the rest, they let them go. 10 Then the brethren immediately sent Paul and Silas away by night to Berea. When they arrived, they went into the synagogue of the Jews. 11 These were more fair-minded than those in Thessalonica, in that they received the word with all readiness, and searched the Scriptures daily to find out whether these things were so. 12 Therefore many of them believed, and also not a few of the Greeks, prominent women as well as men. 13 But when the Jews from Thessalonica learned that the word of God was preached by Paul at Berea, they came there also and stirred up the crowds. 14 Then immediately the brethren sent Paul away, to go to the sea; but both Silas and Timothy remained there. 15 So those who conducted Paul brought him to Athens; and receiving a command for Silas and Timothy to come to him with all speed, they departed.

B. Immersing in truth.

Colossians 3:1-11
If then you were raised with Christ, seek those things which are above, where Christ is, sitting at the right hand of God. 2 Set your mind on things above, not on things on the earth. 3 For you died, and your life is hidden with Christ in God. 4 When Christ who is our life appears, then you also will appear with Him in glory. 5 Therefore put to death your members which are on the earth: fornication, uncleanness, passion, evil desire, and covetousness, which is idolatry. 6 Because of these things the wrath of God is coming upon the sons of disobedience, 7 in which you yourselves once walked when you lived in them. 8 But now you yourselves are to put off all these: anger, wrath, malice, blasphemy, filthy language out of your mouth. 9 Do not lie to one another, since you have put off the old man with his deeds, 10 and have put on the new man who is renewed in knowledge according to the image of Him who created him, 11 where there is neither Greek nor Jew, circumcised nor uncircumcised, barbarian, Scythian, slave nor free, but Christ is all and in all.

Colossians 3:12-17
Therefore, as the elect of God, holy and beloved, put on tender mercies, kindness, humility, meekness, longsuffering; 13 bearing with one another, and forgiving one another, if anyone has a complaint against another; even as Christ forgave you, so you also must do. 14 But above all these things put on love, which is the bond of perfection. 15 And let the peace of God rule in your hearts, to which also you were called in one body; and be thankful. 16 Let the word of Christ dwell in you richly in all wisdom, teaching and admonishing one another in psalms and hymns and spiritual songs, singing with grace in your hearts to the Lord. 17 And whatever you do in word or deed, do all in the name of the Lord Jesus, giving thanks to God the Father through Him.