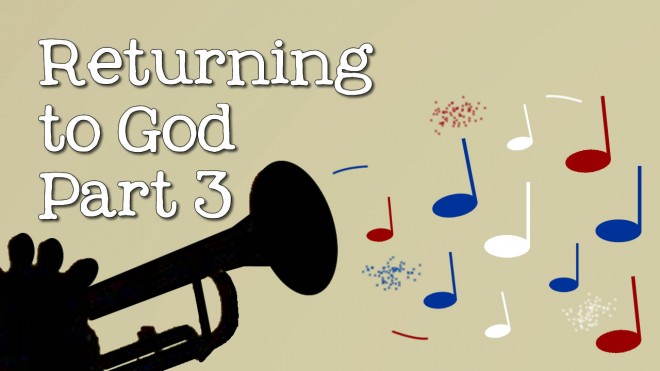 1. When God fights against His people.

Blow the trumpet in Zion; sound the alarm on my holy hill. Let all who live in the land tremble, for the day of the LORD is coming. It is close at hand– a day of darkness and gloom, a day of clouds and blackness. Like dawn spreading across the mountains a large and mighty army comes, such as never was of old nor ever will be in ages to come. Joel 2:1-2

The LORD thunders at the head of his army; his forces are beyond number, and mighty are those who obey his command. The day of the LORD is great; it is dreadful. Who can endure it? Joel 2:11

2. When God’s people return to Him.

“Even now,” declares the LORD, “return to me with all your heart, with fasting and weeping and mourning.” Rend your heart and not your garments. Return to the LORD your God, for he is gracious and compassionate, slow to anger and abounding in love, and he relents from sending calamity. Who knows? He may turn and have pity and leave behind a blessing– grain offerings and drink offerings for the LORD your God. Joel 2:12-14

Blow the trumpet in Zion, declare a holy fast, call a sacred assembly. Gather the people, consecrate the assembly; bring together the elders, gather the children, those nursing at the breast. Let the bridegroom leave his room and the bride her chamber. Let the priests, who minister before the LORD, weep between the temple porch and the altar. Let them say, “Spare your people, O LORD. Do not make your inheritance an object of scorn, a byword among the nations. Why should they say among the peoples, ‘Where is their God?’ ” Joel 2:15-17

3. When God fights for His people.

Then the LORD will be jealous for his land and take pity on his people. The LORD will reply to them: “I am sending you grain, new wine and oil, enough to satisfy you fully; never again will I make you an object of scorn to the nations. “I will drive the northern army far from you, pushing it into a parched and barren land, with its front columns going into the eastern sea and those in the rear into the western sea. And its stench will go up; its smell will rise.” Surely he has done great things. Joel 2:18-20