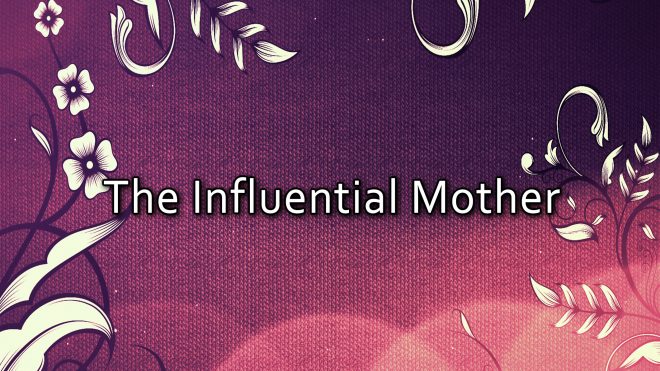 21 Submit to one another out of reverence for Christ. 22 Wives, submit yourselves to your own husbands as you do to the Lord. 23 For the husband is the head of the wife as Christ is the head of the church, his body, of which he is the Savior. 24 Now as the church submits to Christ, so also wives should submit to their husbands in everything.

5 “For God knows that when you eat from it your eyes will be opened, and you will be like God, knowing good and evil.” 6 When the woman saw that the fruit of the tree was good for food and pleasing to the eye, and also desirable for gaining wisdom, she took some and ate it. She also gave some to her husband, who was with her, and he ate it.

3 Your beauty should not come from outward adornment, such as elaborate hairstyles and the wearing of gold jewelry or fine clothes. 4 Rather, it should be that of your inner self, the unfading beauty of a gentle and quiet spirit, which is of great worth in God’s sight. 5 For this is the way the holy women of the past who put their hope in God used to adorn themselves. They submitted themselves to their own husbands, 6 like Sarah, who obeyed Abraham and called him her lord. You are her daughters if you do what is right and do not give way to fear.

10 I denied myself nothing my eyes desired; I refused my heart no pleasure. My heart took delight in all my labor, and this was the reward for all my toil. 11 Yet when I surveyed all that my hands had done and what I had toiled to achieve, everything was meaningless, a chasing after the wind; nothing was gained under the sun.

30 Ahab son of Omri did more evil in the eyes of the LORD than any of those before him. 31 He not only considered it trivial to commit the sins of Jeroboam son of Nebat, but he also married Jezebel daughter of Ethbaal king of the Sidonians, and began to serve Baal and worship him. 32 He set up an altar for Baal in the temple of Baal that he built in Samaria. 33 Ahab also made an Asherah pole and did more to arouse the anger of the LORD, the God of Israel, than did all the kings of Israel before him.

15 Then Esther sent this reply to Mordecai: 16 “Go, gather together all the Jews who are in Susa, and fast for me. Do not eat or drink for three days, night or day. I and my attendants will fast as you do. When this is done, I will go to the king, even though it is against the law. And if I perish, I perish.”

3. Disneyland, God and you

7 (Now in earlier times in Israel, for the redemption and transfer of property to become final, one party took off his sandal and gave it to the other. This was the method of legalizing transactions in Israel.)

9 Then Boaz announced to the elders and all the people, “Today you are witnesses that I have bought from Naomi all the property of Elimelek, Kilion and Mahlon. 10 I have also acquired Ruth the Moabite, Mahlon’s widow, as my wife, in order to maintain the name of the dead with his property, so that his name will not disappear from among his family or from his hometown. Today you are witnesses!”

25 In the same way, was not even Rahab the prostitute considered righteous for what she did when she gave lodging to the spies and sent them off in a different direction? 26 As the body without the spirit is dead, so faith without deeds is dead.

5 Then a voice came from the throne, saying: “Praise our God, all you his servants, you who fear him, both great and small!” 6 Then I heard what sounded like a great multitude, like the roar of rushing waters and like loud peals of thunder, shouting: “Hallelujah! For our Lord God Almighty reigns. 7 Let us rejoice and be glad and give him glory! For the wedding of the Lamb has come, and his bride has made herself ready. 8 Fine linen, bright and clean, was given her to wear.” (Fine linen stands for the righteous acts of God’s holy people.)