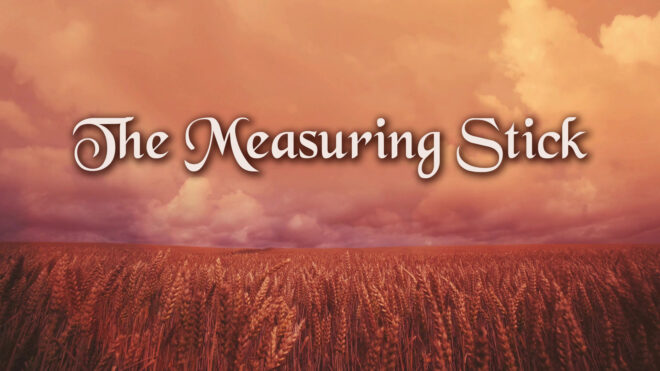 II Corinthians 10:1-6
Now I, Paul, myself am pleading with you by the meekness and gentleness of Christ—who in presence am lowly among you, but being absent am bold toward you. But I beg you that when I am present I may not be bold with that confidence by which I intend to be bold against some, who think of us as if we walked according to the flesh. For though we walk in the flesh, we do not war according to the flesh. For the weapons of our warfare are not carnal but mighty in God for pulling down strongholds, casting down arguments and every high thing that exalts itself against the knowledge of God, bringing every thought into captivity to the obedience of Christ, and being ready to punish all disobedience when your obedience is fulfilled.

I Corinthians 5:1-8
It is actually reported that there is sexual immorality among you, and such sexual immorality as is not even named among the Gentiles—that a man has his father’s wife! And you are puffed up, and have not rather mourned, that he who has done this deed might be taken away from among you. For I indeed, as absent in body but present in spirit, have already judged (as though I were present) him who has so done this deed. In the name of our Lord Jesus Christ, when you are gathered together, along with my spirit, with the power of our Lord Jesus Christ, deliver such a one to Satan for the destruction of the flesh, that his spirit may be saved in the day of the Lord Jesus. Your glorying is not good. Do you not know that a little leaven leavens the whole lump? Therefore purge out the old leaven, that you may be a new lump, since you truly are unleavened. For indeed Christ, our Passover, was sacrificed for us. Therefore let us keep the feast, not with old leaven, nor with the leaven of malice and wickedness, but with the unleavened bread of sincerity and truth.

Measuring Up to What?

II Corinthians 10:7-11
Do you look at things according to the outward appearance? If anyone is convinced in himself that he is Christ’s, let him again consider this in himself, that just as he is Christ’s, even so we are Christ’s. For even if I should boast somewhat more about our authority, which the Lord gave us for edification and not for your destruction, I shall not be ashamed— lest I seem to terrify you by letters. “For his letters,” they say, “are weighty and powerful, but his bodily presence is weak, and his speech contemptible.” Let such a person consider this, that what we are in word by letters when we are absent, such we will also be in deed when we are present.

II Corinthians 7:1-12
Therefore, having these promises, beloved, let us cleanse ourselves from all filthiness of the flesh and spirit, perfecting holiness in the fear of God. Open your hearts to us. We have wronged no one, we have corrupted no one, we have cheated no one. I do not say this to condemn; for I have said before that you are in our hearts, to die together and to live together. Great is my boldness of speech toward you, great is my boasting on your behalf. I am filled with comfort. I am exceedingly joyful in all our tribulation. For indeed, when we came to Macedonia, our bodies had no rest, but we were troubled on every side. Outside were conflicts, inside were fears. Nevertheless God, who comforts the downcast, comforted us by the coming of Titus, and not only by his coming, but also by the consolation with which he was comforted in you, when he told us of your earnest desire, your mourning, your zeal for me, so that I rejoiced even more. For even if I made you sorry with my letter, I do not regret it; though I did regret it. For I perceive that the same epistle made you sorry, though only for a while. Now I rejoice, not that you were made sorry, but that your sorrow led to repentance. For you were made sorry in a godly manner, that you might suffer loss from us in nothing. For godly sorrow produces repentance leading to salvation, not to be regretted; but the sorrow of the world produces death. For observe this very thing, that you sorrowed in a godly manner: What diligence it produced in you, what clearing of yourselves, what indignation, what fear, what vehement desire, what zeal, what vindication! In all things you proved yourselves to be clear in this matter. Therefore, although I wrote to you, I did not do it for the sake of him who had done the wrong, nor for the sake of him who suffered wrong, but that our care for you in the sight of God might appear to you.

II Corinthians 10:12-15
For we dare not class ourselves or compare ourselves with those who commend themselves. But they, measuring themselves by themselves, and comparing themselves among themselves, are not wise. We, however, will not boast beyond measure, but within the limits of the sphere which God appointed us—a sphere which especially includes you. For we are not overextending ourselves (as though our authority did not extend to you), for it was to you that we came with the gospel of Christ; not boasting of things beyond measure, that is, in other men’s labors, but having hope, that as your faith is increased, we shall be greatly enlarged by you in our sphere,

The Measure of Success

II Corinthians 10:16-18
to preach the gospel in the regions beyond you, and not to boast in another man’s sphere of accomplishment. But “he who glories, let him glory in the Lord.” For not he who commends himself is approved, but whom the Lord commends.