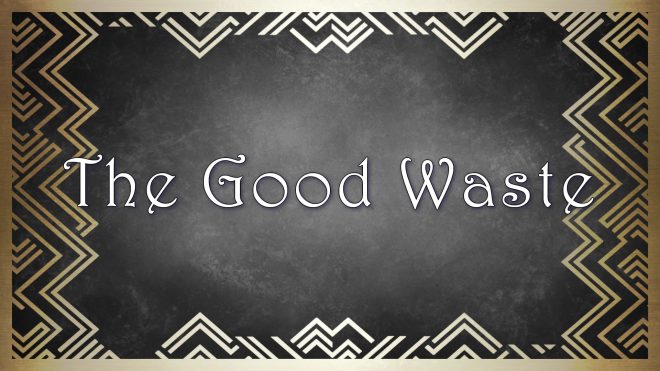 Six days before the Passover, Jesus came to Bethany, where Lazarus lived, whom Jesus had raised from the dead. Here a dinner was given in Jesus’ honor. Martha served, while Lazarus was among those reclining at the table with him. Then Mary took about a pint of pure nard, an expensive perfume; she poured it on Jesus’ feet and wiped his feet with her hair. And the house was filled with the fragrance of the perfume. But one of his disciples, Judas Iscariot, who was later to betray him, objected, “Why wasn’t this perfume sold and the money given to the poor? It was worth a year’s wages.” He did not say this because he cared about the poor but because he was a thief; as keeper of the money bag, he used to help himself to what was put into it. John 12:1-6

While he was in Bethany, reclining at the table in the home of Simon the Leper, a woman came with an alabaster jar of very expensive perfume, made of pure nard. She broke the jar and poured the perfume on his head. Some of those present were saying indignantly to one another, “Why this waste of perfume? Mark 14:3-4

Some of those present were saying indignantly to one another, “Why this waste of perfume? It could have been sold for more than a year’s wages and the money given to the poor.” And they rebuked her harshly. Mark 14:4-5

“Leave her alone,” said Jesus. “Why are you bothering her? She has done a beautiful thing to me. The poor you will always have with you, and you can help them any time you want. But you will not always have me. She did what she could. She poured perfume on my body beforehand to prepare for my burial. Truly I tell you, wherever the gospel is preached throughout the world, what she has done will also be told, in memory of her.” Mark 14:6-9

As Jesus and his disciples were on their way, he came to a village where a woman named Martha opened her home to him. She had a sister called Mary, who sat at the Lord’s feet listening to what he said. But Martha was distracted by all the preparations that had to be made. She came to him and asked, “Lord, don’t you care that my sister has left me to do the work by myself? Tell her to help me!” “Martha, Martha,” the Lord answered, “you are worried and upset about many things, but few things are needed—or indeed only one. Mary has chosen what is better, and it will not be taken away from her.” Luke 10:38-42

Then Mary took about a pint of pure nard, an expensive perfume; she poured it on Jesus’ feet and wiped his feet with her hair. And the house was filled with the fragrance of the perfume. John 12:3