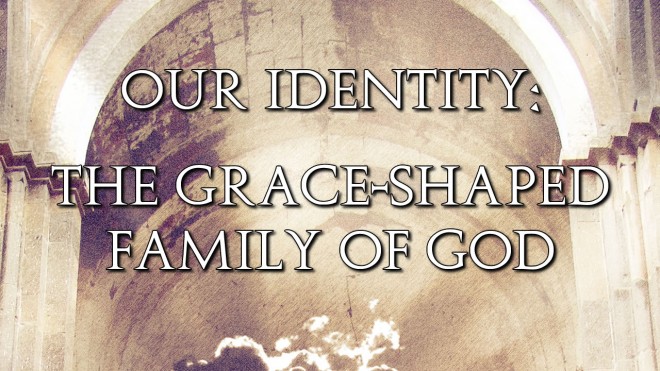 1. The controversy of the early church:  Christ, plus works, equals salvation?

Certain people came down from Judea to Antioch and were teaching the believers: “Unless you are circumcised, according to the custom taught by Moses, you cannot be saved.” This brought Paul and Barnabas into sharp dispute and debate with them. So Paul and Barnabas were appointed, along with some other believers, to go up to Jerusalem to see the apostles and elders about this question. The church sent them on their way, and as they traveled through Phoenicia and Samaria, they told how the Gentiles had been converted. This news made all the believers very glad. When they came to Jerusalem, they were welcomed by the church and the apostles and elders, to whom they reported everything God had done through them.  Then some of the believers who belonged to the party of the Pharisees stood up and said, “The Gentiles must be circumcised and required to keep the law of Moses.” Acts 15:1-5

2. The conclusion to the controversy:  Grace alone, through faith in Christ alone, equals salvation.

The apostles and elders met to consider this question. After much discussion, Peter got up and addressed them: “Brothers, you know that some time ago God made a choice among you that the Gentiles might hear from my lips the message of the gospel and believe. God, who knows the heart, showed that he accepted them by giving the Holy Spirit to them, just as he did to us. He did not discriminate between us and them, for he purified their hearts by faith. Now then, why do you try to test God by putting on the necks of Gentiles a yoke that neither we nor our ancestors have been able to bear? No! We believe it is through the grace of our Lord Jesus that we are saved, just as they are.”   Acts 15:6-11

“But if, in seeking to be justified in Christ, we Jews find ourselves also among the sinners, doesn’t that mean that Christ promotes sin? Absolutely not! If I rebuild what I destroyed, then I really would be a lawbreaker.

“For through the law I died to the law so that I might live for God. I have been crucified with Christ and I no longer live, but Christ lives in me. The life I now live in the body, I live by faith in the Son of God, who loved me and gave himself for me. I do not set aside the grace of God, for if righteousness could be gained through the law, Christ died for nothing!” Gal. 2:15-21

3. The core characteristic of the early church:  Salvation by grace, through faith in Christ alone, is a faith that works.

But someone will say, “You have faith; I have deeds.” Show me your faith without deeds, and I will show you my faith by my deeds. You believe that there is one God. Good! Even the demons believe that—and shudder.

You foolish person, do you want evidence that faith without deeds is useless? Was not our father Abraham considered righteous for what he did when he offered his son Isaac on the altar? You see that his faith and his actions were working together, and his faith was made complete by what he did. And the scripture was fulfilled that says, “Abraham believed God, and it was credited to him as righteousness,” and he was called God’s friend. You see that a person is considered righteous by what they do and not by faith alone.

In the same way, was not even Rahab the prostitute considered righteous for what she did when she gave lodging to the spies and sent them off in a different direction? As the body without the spirit is dead, so faith without deeds is dead.  James. 2:18-26

For it is by grace you have been saved, through faith—and this is not from yourselves, it is the gift of God— not by works, so that no one can boast. For we are God’s handiwork, created in Christ Jesus to do good works, which God prepared in advance for us to do.  Ephesians 2:8-10

Download Our Identity: The Grace-Shaped Family of God Audio

Download Our Identity: The Grace-Shaped Family of God Notes