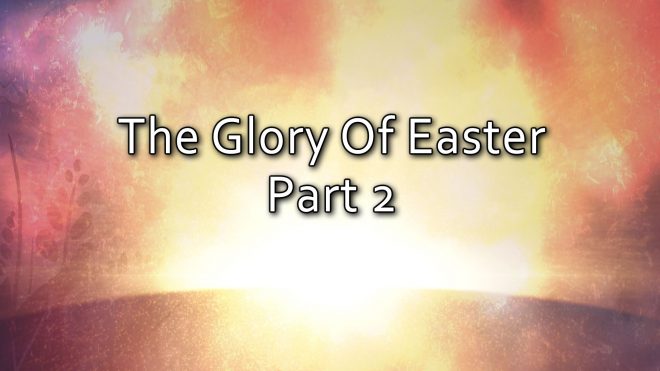 13 They took palm branches and went out to meet him, shouting, “Hosanna!” “Blessed is he who comes in the name of the Lord!” “Blessed is the king of Israel!”
John 12:13

24 To him who is able to keep you from stumbling and to present you before his glorious presence without fault and with great joy— 25 to the only God our Savior be glory, majesty, power and authority, through Jesus Christ our Lord, before all ages, now and forevermore! Amen.
Jude 1:24-25

2. The resurrection is an exhibition of Divine power.

14 By his power God raised the Lord from the dead, and he will raise us also.
1 Corinthians 6:14

3 regarding his Son, who as to his earthly life was a descendant of David, 4 and who through the Spirit of holiness was appointed the Son of God in power by his resurrection from the dead: Jesus Christ our Lord.
Romans 1:3-4

4 We were therefore buried with him through baptism into death in order that, just as Christ was raised from the dead through the glory of the Father, we too may live a new life. 5 For if we have been united with him in a death like his, we will certainly also be united with him in a resurrection like his.
Romans 6:4-5

10 I want to know Christ—yes, to know the power of his resurrection and participation in his sufferings, becoming like him in his death,
Philippians 3:10

20 But our citizenship is in heaven. And we eagerly await a Savior from there, the Lord Jesus Christ, 21 who, by the power that enables him to bring everything under his control, will transform our lowly bodies so that they will be like his glorious body.
Philippians 3:20-21

3. The resurrection is an exercise of ultimate authority.

18 Then Jesus came to them and said, “All authority in heaven and on earth has been given to me.
Matthew 28:18

15 And having disarmed the powers and authorities, he made a public spectacle of them, triumphing over them by the cross.
Colossians 2:15

18 I pray that the eyes of your heart may be enlightened in order that you may know the hope to which he has called you, the riches of his glorious inheritance in his holy people, 19 and his incomparably great power for us who believe. That power is the same as the mighty strength 20 he exerted when he raised Christ from the dead and seated him at his right hand in the heavenly realms, 21 far above all rule and authority, power and dominion, and every name that is invoked, not only in the present age but also in the one to come. 22 And God placed all things under his feet and appointed him to be head over everything for the church, 23 which is his body, the fullness of him who fills everything in every way.
Ephesians 1:18-23

4. The resurrection is a revelation of heavenly majesty.

16 For we did not follow cleverly devised stories when we told you about the coming of our Lord Jesus Christ in power, but we were eyewitnesses of his majesty. 17 He received honor and glory from God the Father when the voice came to him from the Majestic Glory, saying, “This is my Son, whom I love; with him I am well pleased.”
2 Peter 1:16-17

3 The Son is the radiance of God’s glory and the exact representation of his being, sustaining all things by his powerful word. After he had provided purification for sins, he sat down at the right hand of the Majesty in heaven. 4 So he became as much superior to the angels as the name he has inherited is superior to theirs.
Hebrews 1:3-4

9 After this I looked, and there before me was a great multitude that no one could count, from every nation, tribe, people and language, standing before the throne and before the Lamb. They were wearing white robes and were holding palm branches in their hands. 10 And they cried out in a loud voice: “Salvation belongs to our God, who sits on the throne, and to the Lamb.”
Revelation 7:9-10