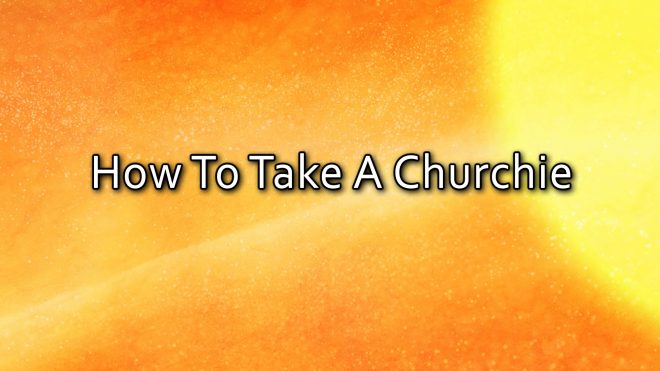 40 And with many other words he testified and exhorted them, saying, “Be saved from this perverse generation.” 41 Then those who gladly received his word were baptized; and that day about three thousand souls were added to them.
Acts 2:40-41

42 And they continued steadfastly in the apostles’ doctrine and fellowship, in the breaking of bread, and in prayers. 43 Then fear came upon every soul, and many wonders and signs were done through the apostles. 44 Now all who believed were together, and had all things in common, 45 and sold their possessions and goods, and divided them among all, as anyone had need. 46 So continuing daily with one accord in the temple, and breaking bread from house to house, they ate their food with gladness and simplicity of heart, 47 praising God and having favor with all the people. And the Lord added to the church daily those who were being saved.
Acts 2:42-47

II. The 3 obstacles of homothumadon

6 Now these things, brethren, I have figuratively transferred to myself and Apollos for your sakes, that you may learn in us not to think beyond what is written, that none of you may be puffed up on behalf of one against the other. 7 For who makes you differ from another? And what do you have that you did not receive? Now if you did indeed receive it, why do you boast as if you had not received it?I Corinthians 4:6-7

2 Therefore if there is any consolation in Christ, if any comfort of love, if any fellowship of the Spirit, if any affection and mercy, 2 fulfill my joy by being like-minded, having the same love, being of one accord, of one mind. 3 Let nothing be done through selfish ambition or conceit, but in lowliness of mind let each esteem others better than himself. 4 Let each of you look out not only for his own interests, but also for the interests of others. 5 Let this mind be in you which was also in Christ Jesus, 6 who, being in the form of God, did not consider it robbery to be equal with God, 7 but made Himself of no reputation, taking the form of a bondservant, and coming in the likeness of men. 8 And being found in appearance as a man, He humbled Himself and became obedient to the point of death, even the death of the cross. 9 Therefore God also has highly exalted Him and given Him the name which is above every name, 10 that at the name of Jesus every knee should bow, of those in heaven, and of those on earth, and of those under the earth, 11 and that every tongue should confess that Jesus Christ is Lord, to the glory of God the Father. Philippians 2:1-11

20 “For the kingdom of heaven is like a landowner who went out early in the morning to hire laborers for his vineyard. 2 Now when he had agreed with the laborers for a denarius a day, he sent them into his vineyard. 3 And he went out about the third hour and saw others standing idle in the marketplace, 4 and said to them, ‘You also go into the vineyard, and whatever is right I will give you.’ So they went. 5 Again he went out about the sixth and the ninth hour, and did likewise. 6 And about the eleventh hour he went out and found others standing idle, and said to them, ‘Why have you been standing here idle all day?’ 7 They said to him, ‘Because no one hired us.’ He said to them, ‘You also go into the vineyard, and whatever is right you will receive.’8 “So when evening had come, the owner of the vineyard said to his steward, ‘Call the laborers and give them their wages, beginning with the last to the first.’ 9 And when those came who were hired about the eleventh hour, they each received a denarius. 10 But when the first came, they supposed that they would receive more; and they likewise received each a denarius. 11 And when they had received it, they complained against the landowner, 12 saying, ‘These last men have worked only one hour, and you made them equal to us who have borne the burden and the heat of the day.’ 13 But he answered one of them and said, ‘Friend, I am doing you no wrong. Did you not agree with me for a denarius? 14 Take what is yours and go your way. I wish to give to this last man the same as to you. 15 Is it not lawful for me to do what I wish with my own things? Or is your eye evil because I am good?’ 16 So the last will be first, and the first last. For many are called, but few chosen.” Matthew 20:1-16

A man who isolates himself seeks his own desire;
He rages against all wise judgment. Proverbs 18:1

III. Why church does work

12 For as the body is one and has many members, but all the members of that one body, being many, are one body, so also is Christ. 13 For by one Spirit we were all baptized into one body—whether Jews or Greeks, whether slaves or free—and have all been made to drink into one Spirit. 14 For in fact the body is not one member but many. 15 If the foot should say, “Because I am not a hand, I am not of the body,” is it therefore not of the body? 16 And if the ear should say, “Because I am not an eye, I am not of the body,” is it therefore not of the body? 17 If the whole body were an eye, where would be the hearing? If the whole were hearing, where would be the smelling? 18 But now God has set the members, each one of them, in the body just as He pleased. 19 And if they were all one member, where would the body be? 20 But now indeed there are many members, yet one body. 21 And the eye cannot say to the hand, “I have no need of you”; nor again the head to the feet, “I have no need of you.” 22 No, much rather, those members of the body which seem to be weaker are necessary. 23 And those members of the body which we think to be less honorable, on these we bestow greater honor; and our unpresentable parts have greater modesty, 24 but our presentable parts have no need. But God composed the body, having given greater honor to that part which lacks it, 25 that there should be no schism in the body, but that the members should have the same care for one another. 26 And if one member suffers, all the members suffer with it; or if one member is honored, all the members rejoice with it.
I Corinthians 12:12-26